Item #44944 : Original era manufacture. Silver medal for Valor, awarded to Alexander Ivanovich Bessmertny, Squad Commander, 920th Independent Engineer Battalion, Leningrad Front, July 1944.Awarded for bravery and leadership prior to the July 17th 1944 offensive, when under enemy artillery and mortar attack,despite poor road conditions in the area; he organized the timely delivery of mines, ammunition, maintaining an efficient and uninterrupted line of communication with attacking units.The medal displays considerable wear and use, typical for one that was likely worn in combat.The research was provided by Atlantic Crossroads in 1996, and has been in our collection since that time. 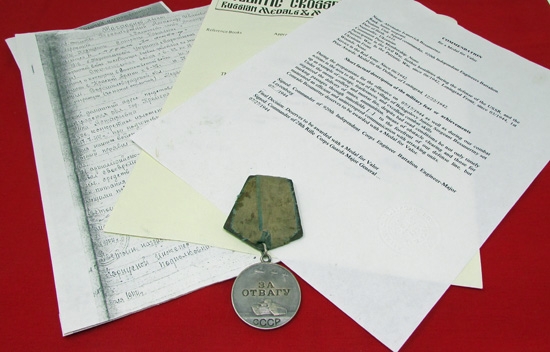 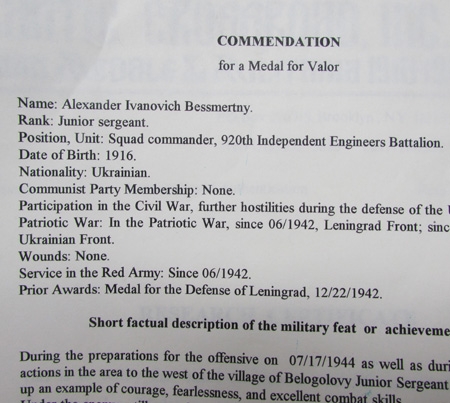 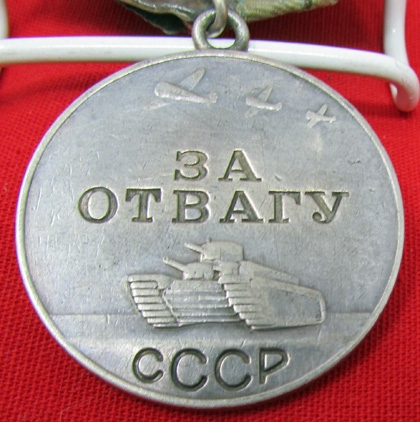 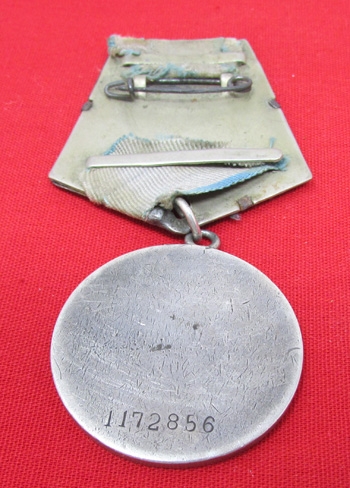