Item #44988 : Original era manufacture. A silver medal for valor, serial number 1981618, awarded to Guards Senior Sergeant Victor Alexandrovich Vasilyev, 825th Guards Red Banner Mortar Regiment.Sergeant Vasilyev, was a vehicle driver in the regiment, and was awarded the medal for valor in 1944; for an incident during the battle for the village of Sukhchitse 3 September 1944. He drove his vehicle forward, quickly made a turn, and put it at the designated position. Then comrade Vasilyev helped the crew to quickly aim it, despite heavy enemy artillery fire. As a result, a counterattack launched by up to a platoon of enemy infantry has been repelled with a salvo. Thus comrade Vasilyev helped the firing platoon to fulfill the combat task given it. The research was provided by Atlantic Crossroads in 1997, and the medal and documents have been in our collection since that time. 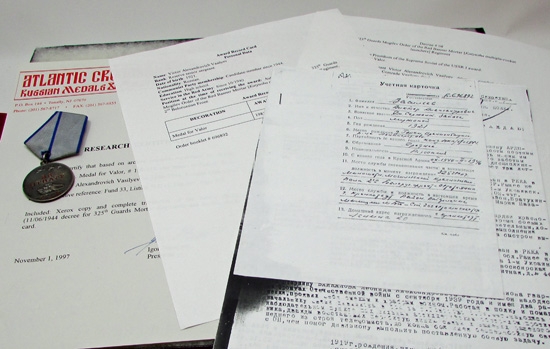 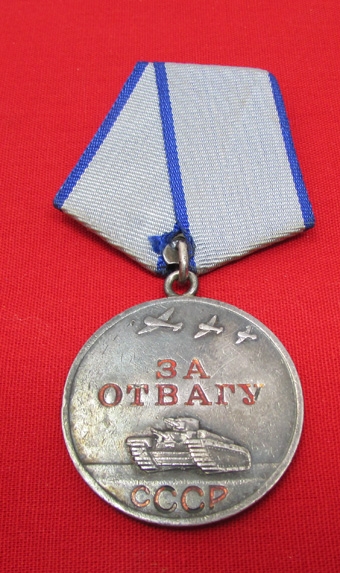 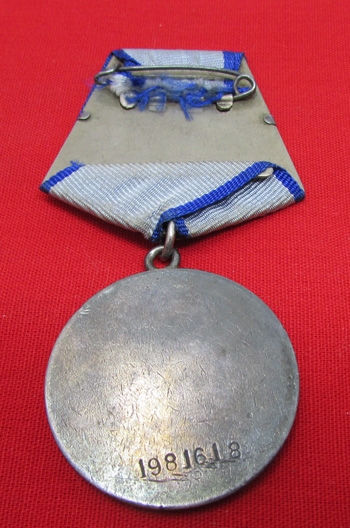 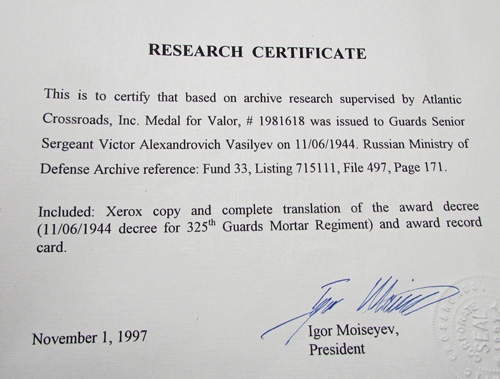 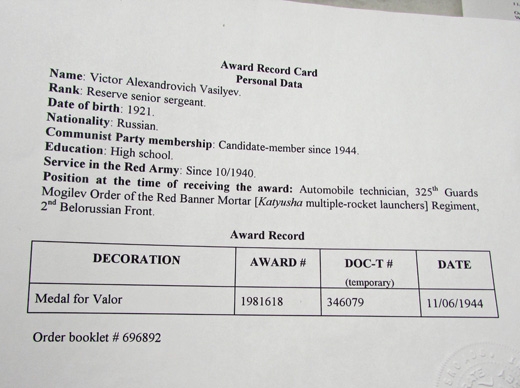 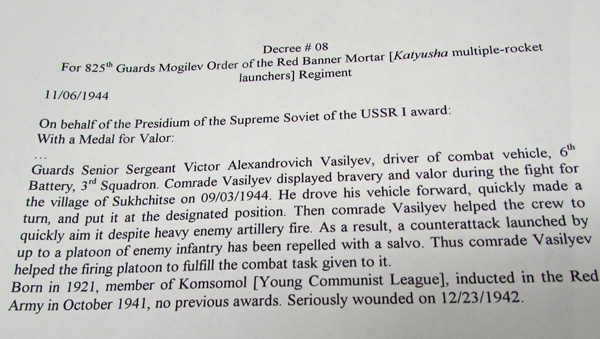 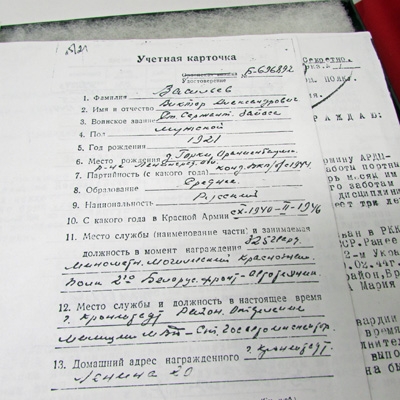 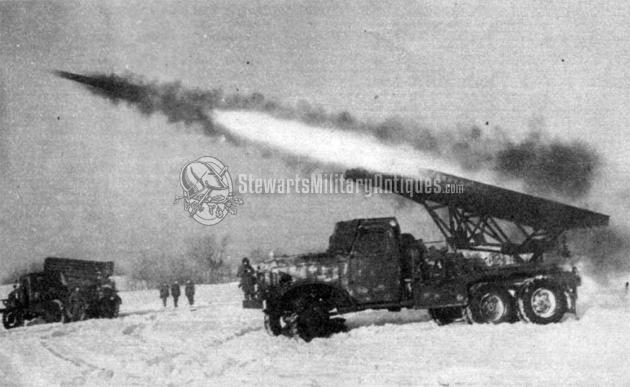