Item #50786 : Original era publication. Standard WWII era German Arbeitsbuch, issued to a young woman born in 1922. What sets this one apart a little are the three extra documents inside, and the fact that she worked for the Wehrmacht later in the war.One document dated 1943, is a letter of recommendation from her boss, the second is a guild document of sorts dated 1942, and the third is a December 1945 dated handwritten letter from the Mayor of Neckarbischofsheim, again a statement of her good work ethics.On page 8 and 9, are entries for her service with III Ln-Ausb.Abt. F. Ln-Helferinnen, Lg. Nachr. Regt. 7 Landsberg 1943-45. 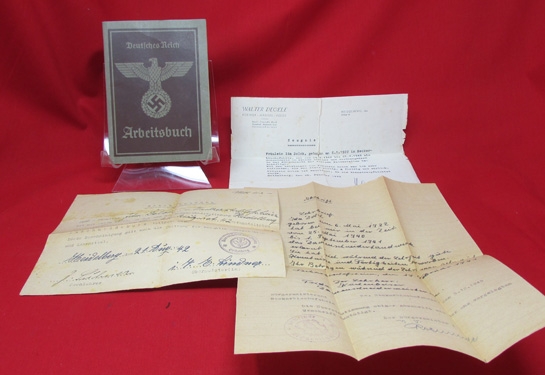 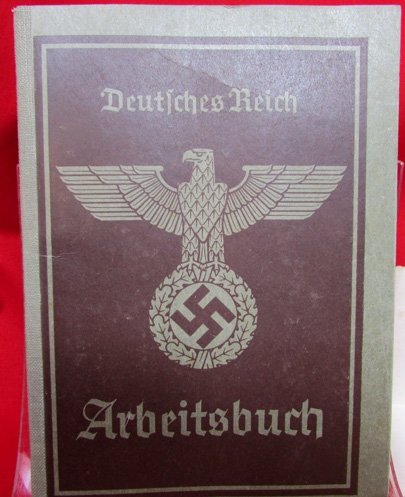 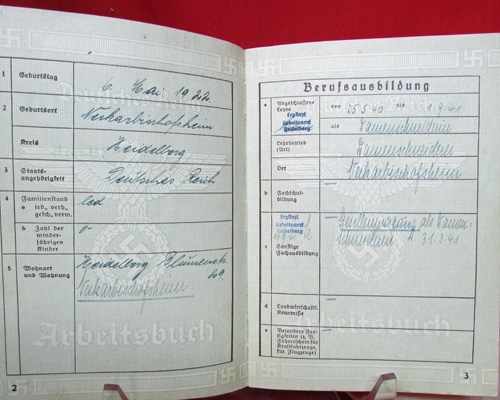 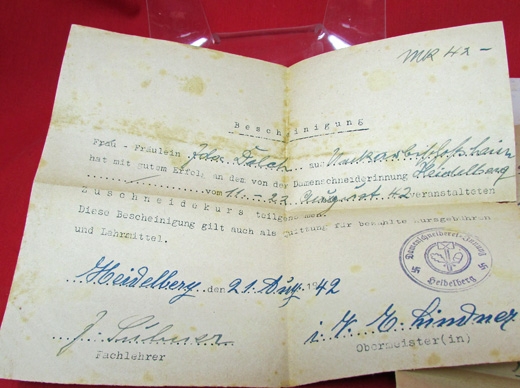 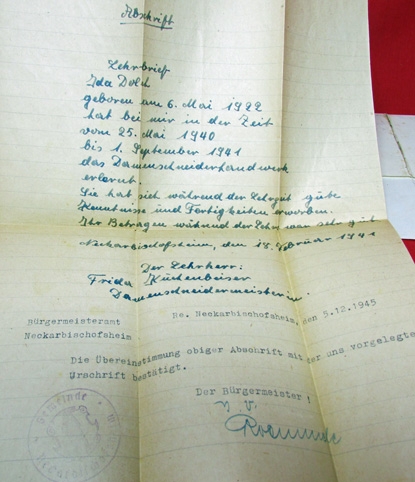 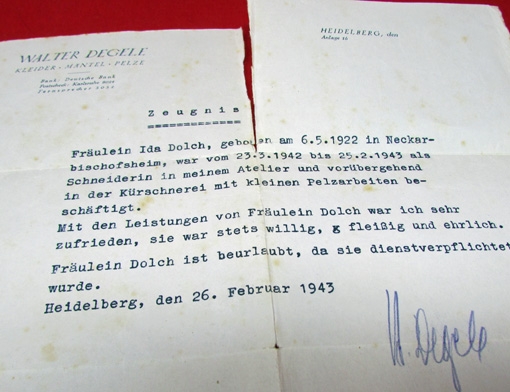