Item #46985 : Original era photography. An interesting, and emotive lot of 29 stereoview cards produced by George Barker, Niagara Falls N.Y.; part of his Barkers Stereoscopic Gems of American Scenery series in 1889.The images graphically portray the calamity which befell the small Pennsylvania city of Johnstown Pa. on the afternoon of May 31st 1889; when the South Fork Dam failed on the Little Conemaugh river 14 miles upstream. The dam collapsed after days of heavy rain in the area, releasing (according to some sources) nearly 20,000,000 gallons of water; rushing through the narrow gorge leading to the town.The city was nearly entirely destroyed and in the raging waters and resulting fire, 2,209 people perished, with an additional loss of 17 million dollars (nearly 400,000,000 in 2018 dollars) of damageto property. All of the cards are singles; there are no duplicates, and while nearly 130 years old, the imagesremain quite vivid, graphically illustrating the tragedy which befell Johnstown and its inhabitants. 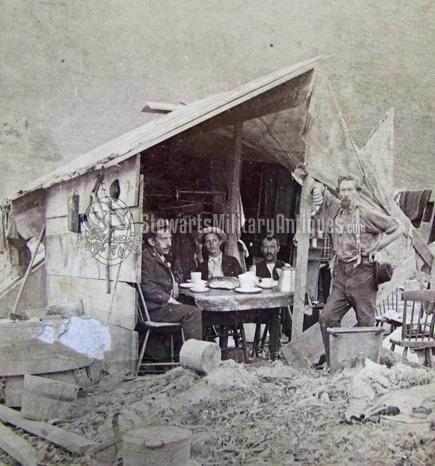 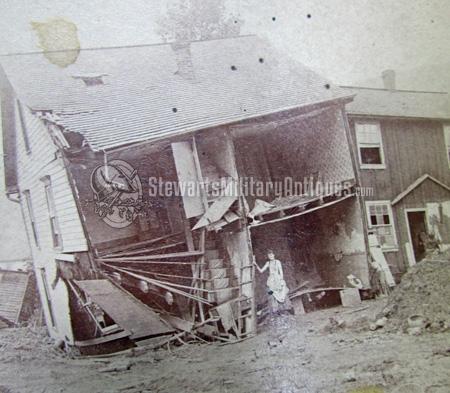 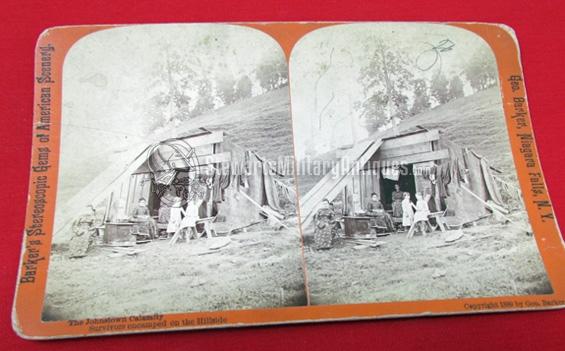 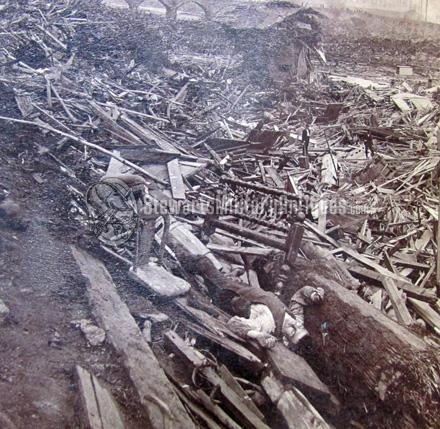 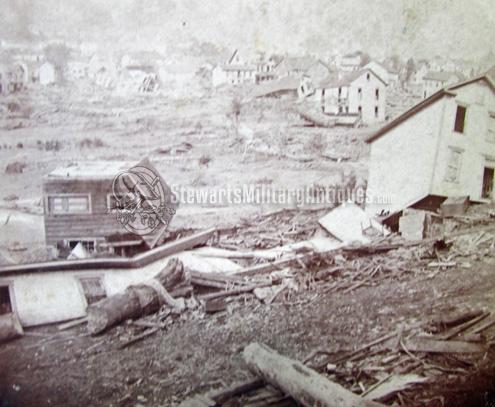 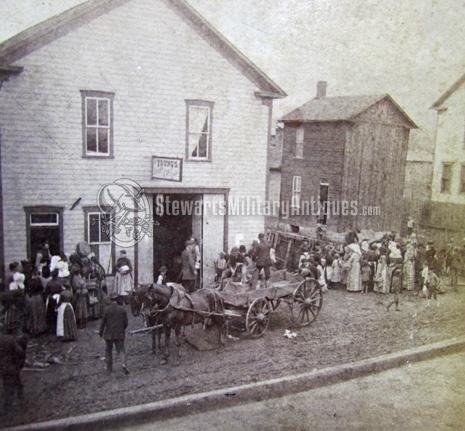