Item #59786 : Original era manufacture. Pressed felt ersatz enlisted Pickelhaube with gray metal fittings throughout. Prussian wappen, with a metal reinforced visor. The removable original spike is a slightly different shade of gray so may be a replacement. Replica leather chinstrap, original national kokarde on the right side, with a unique original korkarde worn only by IR 76 (2nd Hanseatic Infantry) on the left side. The sweatband is missing, however the helmet body is sound with no tears, holes or breaks. There are two sets of holes behind the wappen, however I believe these might have been done by the factory, as the holes which fit this wappen properly, are the only two which are metal reinforced. Several period inkstamps appear on the interior of the helmet, in addition to an inscription of some kind on the underside of the front visor. One of the official stamps shows that the helmet was the property, or was issued by the IX Armee Korps, to which IR 76 belonged. These old helmets have passed through many hands over the past 100 years, often with parts removed or added as the situation dictated. An original helmet issued to IR 76 would certainly be a prize, yet the only thing that sets it apart from any other Prussian Pickelhaube is it's unique Maltese Cross kokarde. We offer this helmet as a sum of it's parts, the fact that it displays IX Armee Korps markings, to which the IR 76 belonged, does tilt the needle a tad in it's favor. A sound old helmet regardless. 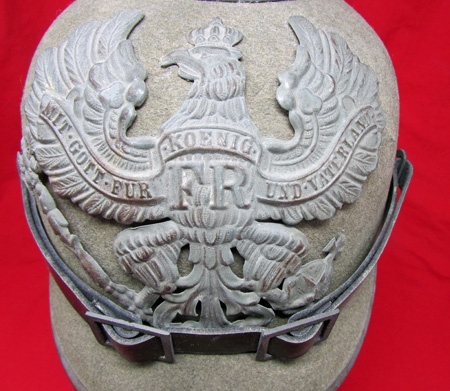 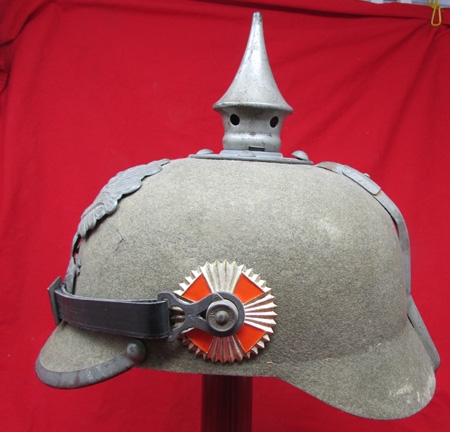 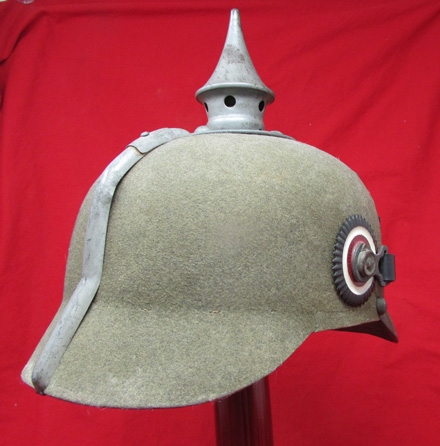 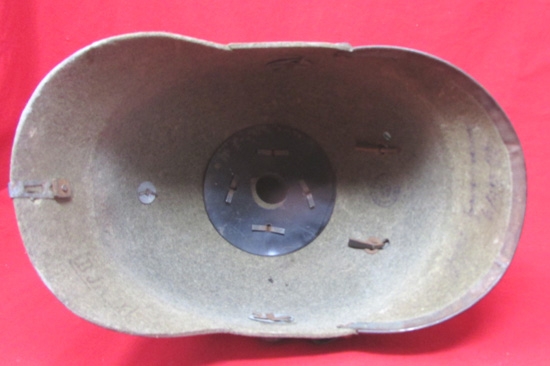 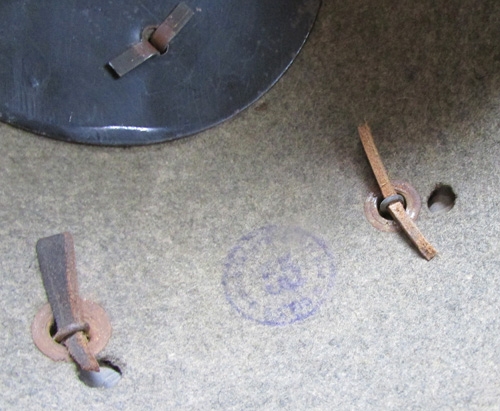 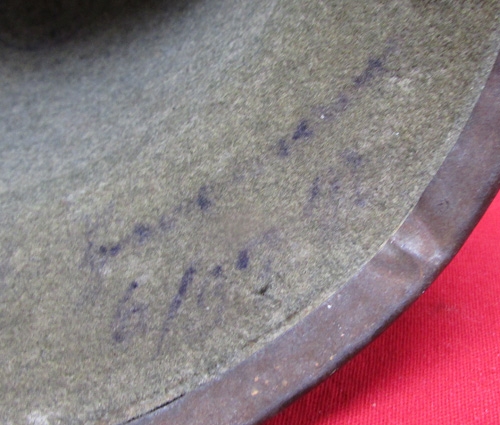