Item #61733 : Original era manufacture. Stamped brass ashtray, honoring the SM U-9, one of Imperial Germany's early U-Boots. Commissioned in 1910, she won great fame on the 22nd of September 1914, when under the command of  Kapitanleutnant Otto Weddigen, she sank the antiquated Royal Navy cruisers, Aboukir, Cressy & Hogue in less than an hours time, all the while by reloading her torpedo tubes while submerged. She continued to served the Kaiser, sinking an additional 13 ships under the command of Johannes Speiss, until withdrawn from active service in 1916, and assigned to training duties thereafter. She was one of only two ships awarded the Iron Cross by the Kaiser. Otto Weddigen continued to serve in the U-Boot fleet, being awarded the Iron Cross 1st and 2nd Class on the same day for his actions against the British cruisers. He lost his life with his entire crew of the U-29, when rammed by HMS Dreadnought on March 18 1915. For the actions on 22 September 1914, Weddigen, his entire crew and the U-9 became instant celebrities in wartime Germany.  Ashtray measures 5x5 inches. 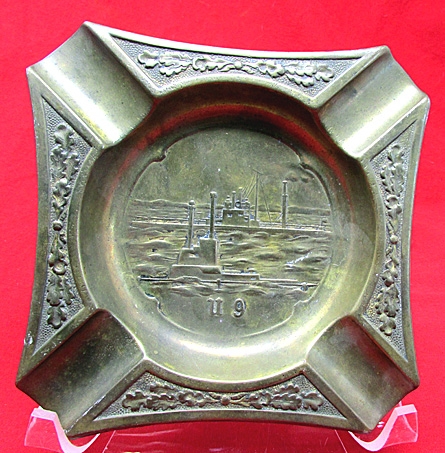 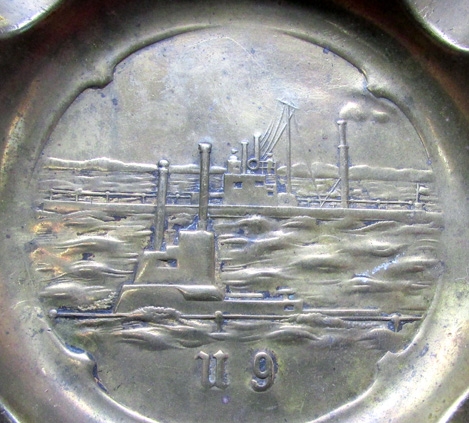 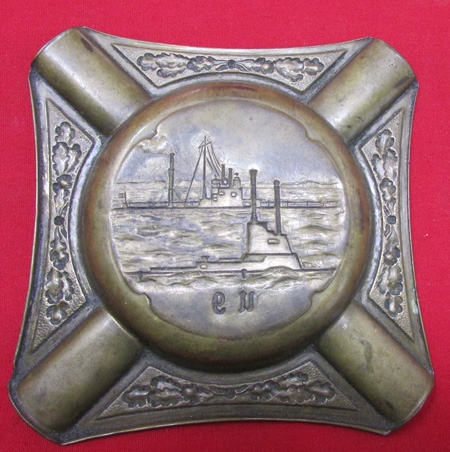